During assembly, screws and racks of various sizes are used, using fasteners of the wrong size can damage the copter.

Make sure that the motors are secured with M3x5 screws, otherwise a short circuit between the windings may occur.

During installation the flight controller, pay attention to the arrow located on the board, it should be directed to the copter bow.

Before installing the damper struts, screw 2 layers of nylon nuts, for a stronger fix or bite off the excess thread using side cutters.

Install the damper struts, fix COEX Pix on them with nylon nuts. 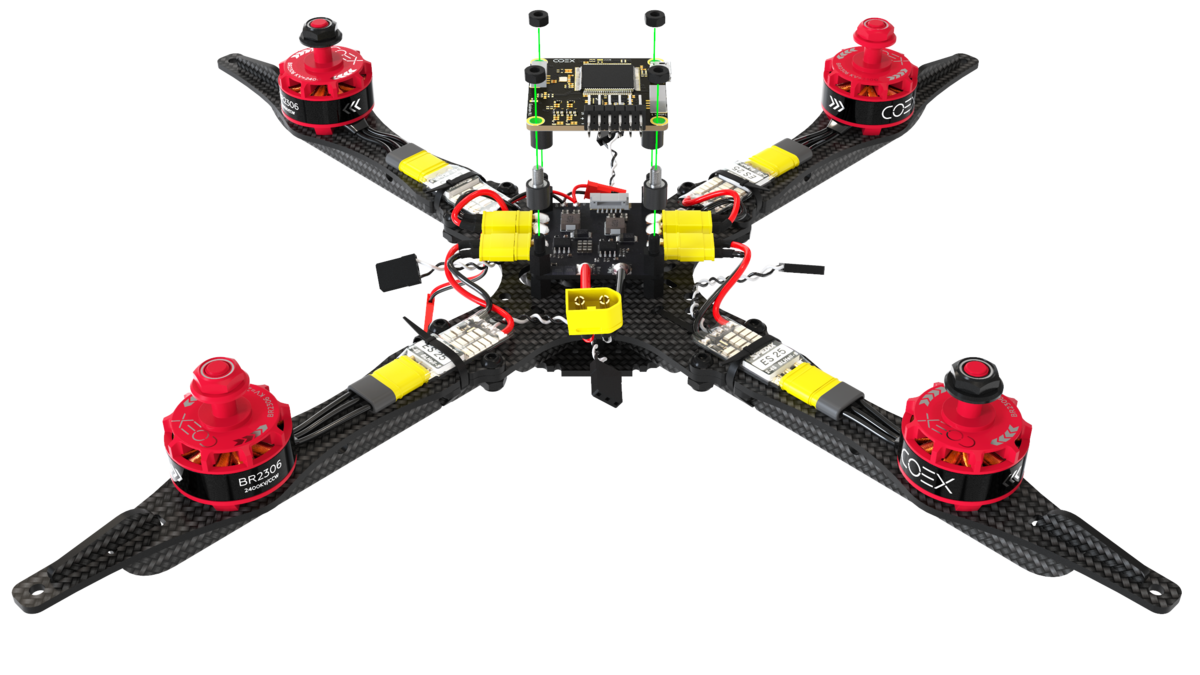 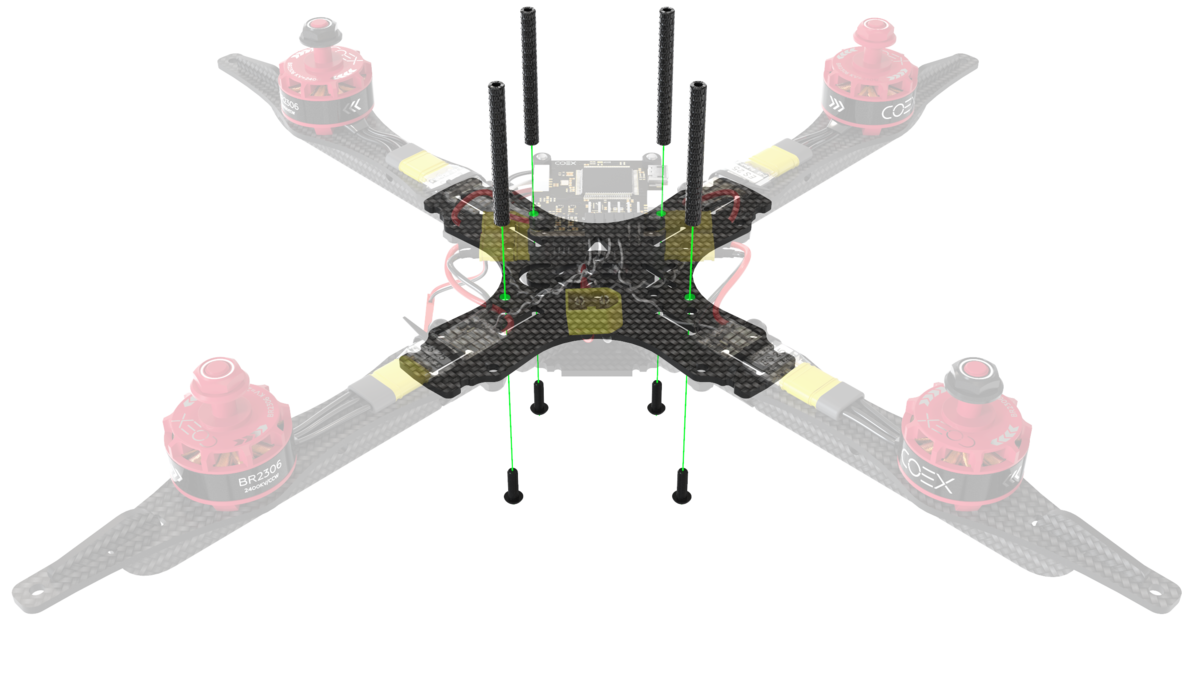 The drone is assembled, then perform setup.