PX4 mode determines how the vehicle should react to commands and RC signals. Mode changing is usually mapped to one of the RC transmitter sticks.

In order to configure flight modes: 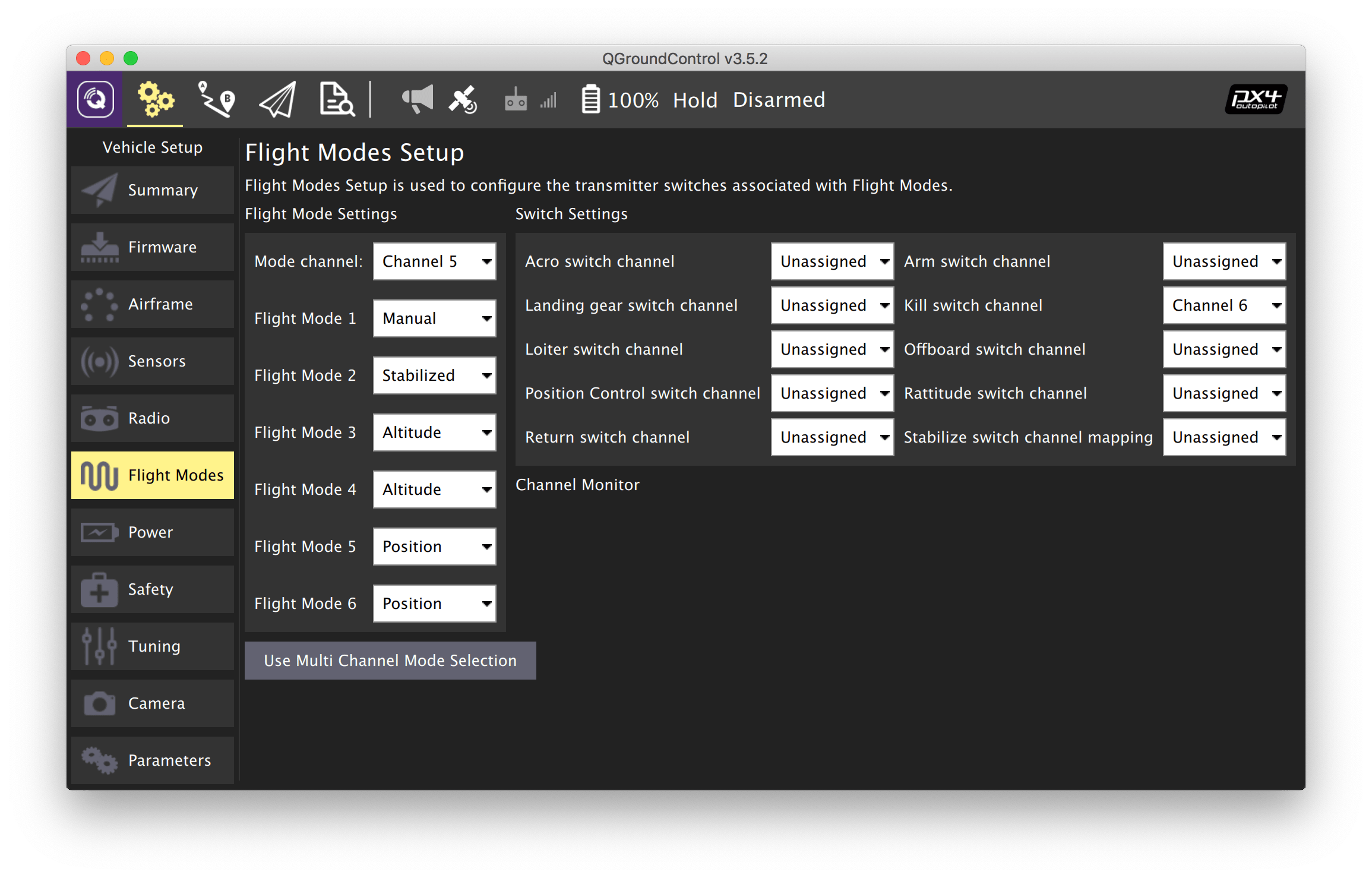 In autonomous flight modes the quadcopter ignores the control signals from the transmitter and uses a program to fly.