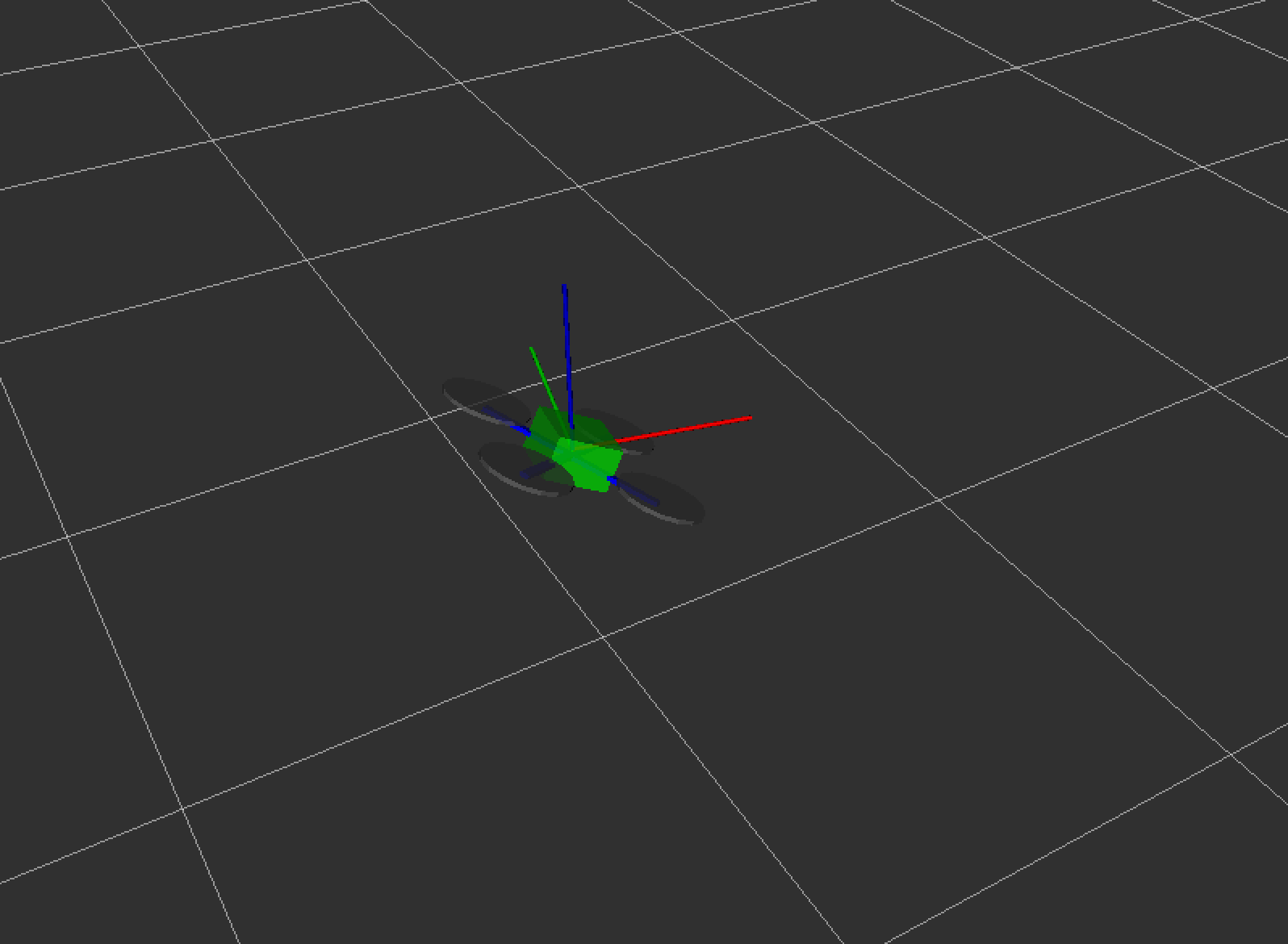 Main frames in the clover package:

Frames that are bound to the drone are oriented according to the ROS convention: the X axis points forward, Y to the left, and Z up.

3D visualization of the coordinate systems can be viewed using rviz.

tf2 ROS package is used extensively in the Clover platform. tf2 is a set of libraries for C++, Python and other programming languages that are used to work with the frames. Internally, ROS nodes publish TransformStamped messages to /tf topic with transforms between frames at certain points in time.

The simple_offboard node can be used to request the drone position in an arbitrary frame by setting the frame_id argument appropriately in a call to get_telemetry service.