New technologies are being implemented into various sectors of the economy including agricultural industry. Drones or UAV are no exception. Thanks to their usage, assessment of agricultural territories' states and analysis of landscape components became more effective and accessible. 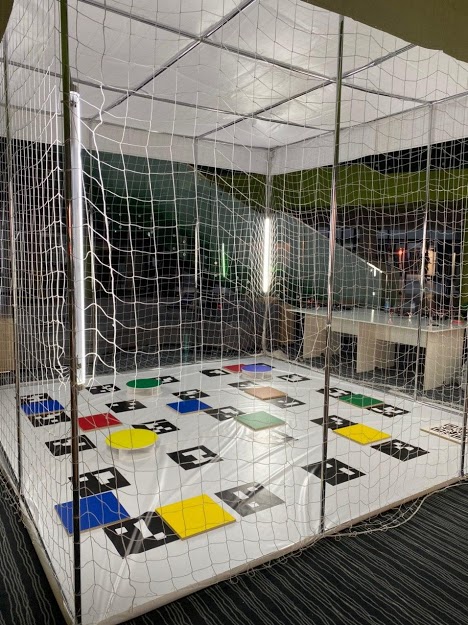 The final task of Innopolis Open 2020 was dedicated to monitoring agricultural territories and consisted of the following elements:

When implementing the code, in the original concept we used our own message types, multiple nodes, and other ROS stuff. For this you need to create a package and compile it, but due to the specifics of the competition (a single SD card was used for all teams), all the code was merged into a single file. This approach made debugging much more difficult, but running the code on the drone became much easier.

Parts of the program:

The final coordinates of markers are automatically grouped and averaged data from the recognition system received for the entire flight. The "Zig-zag" trajectory was chosen to cover the entire territory. The Gazebo simulator is used for debugging.

For image processing and object detection, we used functions from the OpenCV library.

During the development, our own message types and a service for changing the detector parameters during the landing were created. (ColorMarker, ColorMarkerArray, SetParameters).

To convert the position of colored objects into aruco_map frame TF library was used. (http://wiki.ros.org/tf)

Due to distortions at the edges of the image from the fisheye lens, all the recognized contours located near the edge of the image are ignored. This filter is disabled during landing. The object type is determined using the contour analysis functions (approxPolyDP - number of vertexes; minAreaRect, contourArea - area of bounding rect / area of the contour; minAreaRect - aspect ratio). 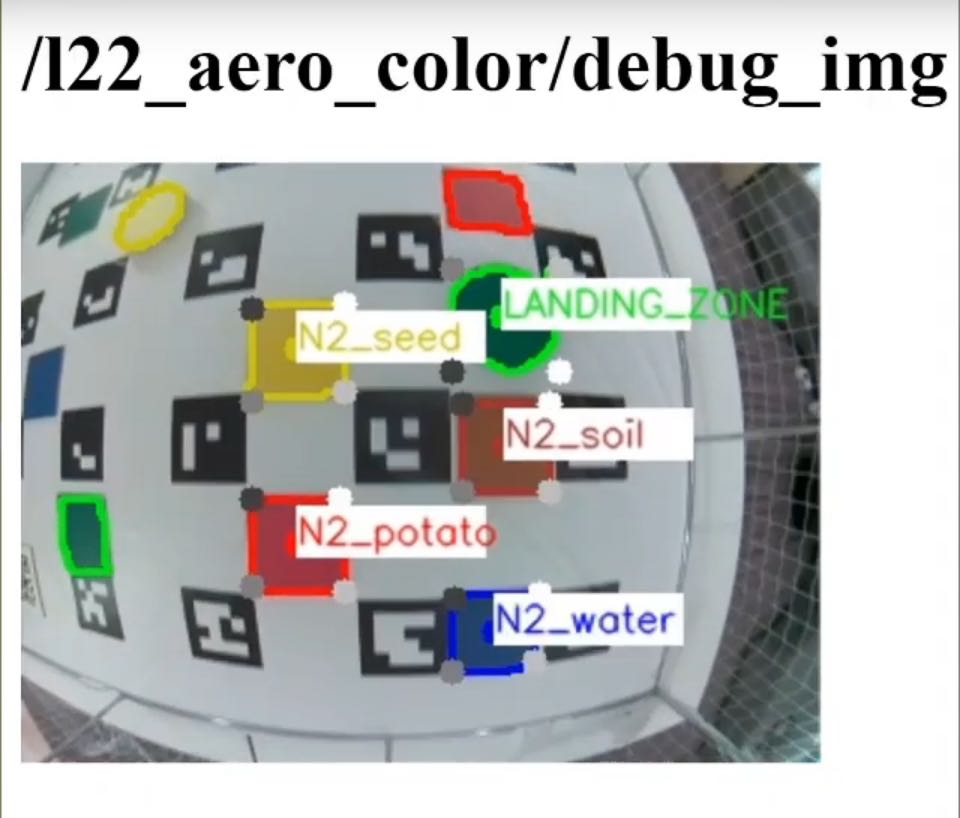 To debug object recognition, a script has been created that visualizes the coordinates of markers in the RViz utility. 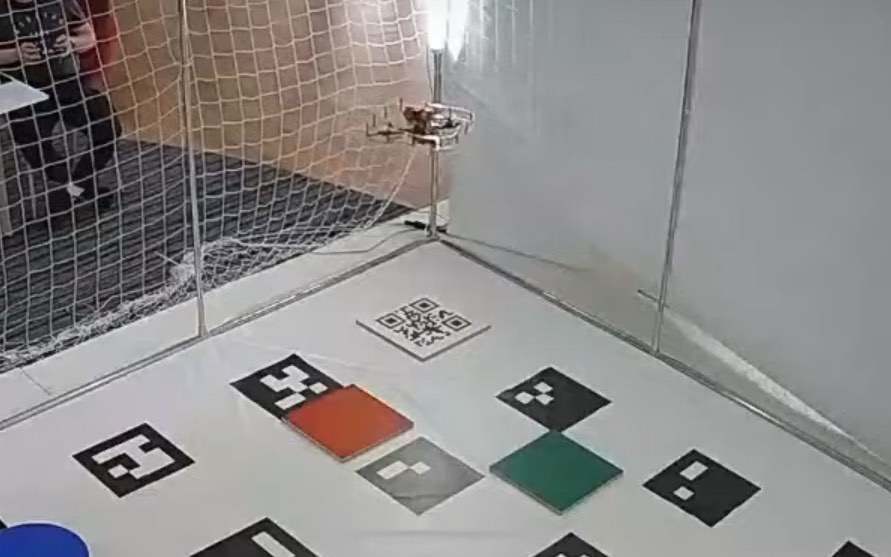 Landing is performed in 3 stages:

Due to limitations of opportunities to test the code on a real drone, we decided to use the Gazebo simulator.

To run the Clover software package in the simulator, you can use this set of scripts or original instruction from PX4.

For Innopolis Open we have prepared several test scenes. ior2020_uav_L22_AERO_sim.

Also, the use of the simulator accelerated the debugging of the full code execution, since the launch was performed with real time factor = 2.5. 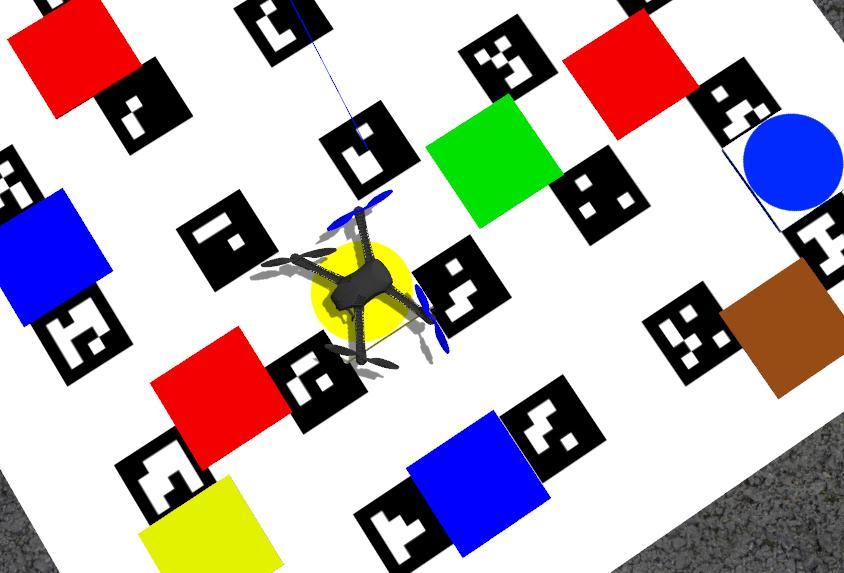 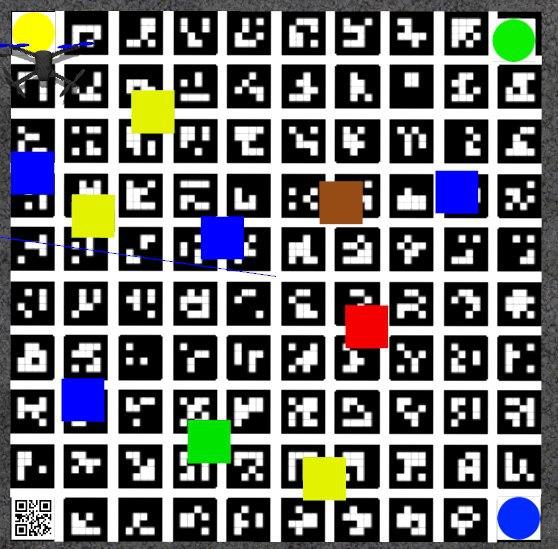 During testing, some problems were found (e.g. incorrect position of aruco_map) while using distortion in the camera plugin, so the simulator used a Pinhole camera (without any distortions from the lens).